On May 11, we sent letters to key federal government officials urging them to vote in support of Bill C-253, which safeguards defined benefit pensions by addressing the unfairness of current bankruptcy laws. Protecting pensioners from corporate default is a core part of our advocacy, found in our policy platform VOICES: A Roadmap to an […]

Ontario’s Long-term Care Commission has released its final report. We will be issuing a statement in response to the findings shortly.

In preparation for the reveal of Canada’s new federal budget on Monday, April 19th, we’ve created a “digital scoreboard” to collect and track investments in support of our members and all older Canadians. You’ll be able to easily see what we recommended in our pre-budget submission, whether or not each item was included in the […] 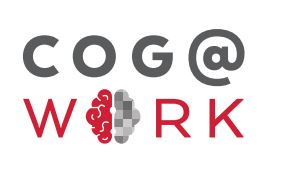 A groundbreaking new study by research group [email protected] (affiliated with Wilfrid Laurier University, Waterloo, ON)  is exploring how employers are affected by workers who are diagnosed with mild cognitive impairment and early onset dementia while they are still working.  As more people continue working past retirement, and with the serious stigma facing people experiencing cognitive decline (in addition […]